EasyOCR is a Java language using OCR recognition engine (based Tesseract). By means of a few simple API, the Java language can be used to complete the picture content identification work. And integrated image cleanup, recognition CAPTCHA CAPTCHA image, notes and other content integration efforts.

EasyOCR 4.X new architecture on the line, the latest version 4.2.0.

Tip: verification code image suitable deformation helps to improve the recognition rate. In special cases the proportion to be adjusted, can be observed by multiple analysis to get the right ratio.

EasyOCR Suite provides a template for the development of design (ETD tools), consumer use (EasyOCR UI), and so the scene of cross-platform graphical tools.

Interface specially designed for the modern UI, simplify, and touch interaction is optimized. On the customer experience clear function, easy to use, whether developers or users can easily use. 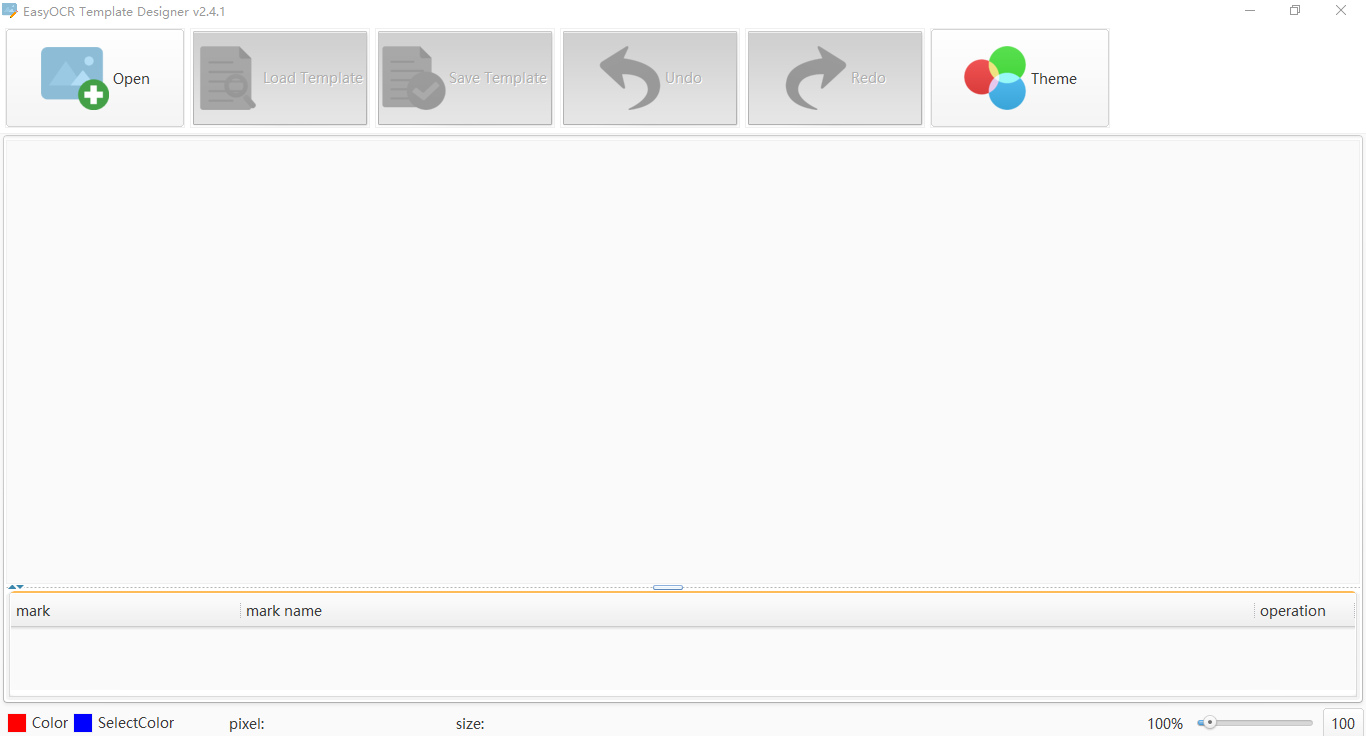 Comparison with other commercial engines

With the traditional vendors, because of localized SDK integration capabilities. EasyOCR can only provide services to consumers, more oriented development, as a variety of commercial projects built engine.

OCR recognition technology is not a job once and for all solutions exist. Specific recognition should be optimized depending on the scene for analysis, often need to adjust image cleanup, feature extraction analysis, rule amendments and some of the acquired learning. Banking, gaming, payments, authentication code to crack, different fields need to be analyzed in order to provide a different approach.

EasyOCR project since the release, received from home and abroad, a friend of consulting services in various industries and to seek their business-related industries specific solutions.

Since the current OCR engine field, and mainstream commercial engines contrast, EasyOCR with SDK integration capabilities, with programming flexibility, comprehensive, accurate identification and performance, has provided engine support for domestic and foreign enterprises. In Chinese recognition and other fields, after comparing other commercial engines, EasyOCR have greater flexibility and recognition rate. Currently in the field of business services, including banking, reptiles application, pay, large data processing and data analysis in the field of online games graphics processing (United Kingdom), and so on.

In order to protect the interests of these business users, EasyOCR code identification and verification after 4.X no longer provided free of charge, in this case to support the open source user sorry, because in addition to paying the selfless spirit of open source, commercial support is also a major driving force for technological progress thanks for understanding. If you need to communicate, we can still provide the appropriate help. We love open source and pay income to happiness, we will provide more other open source projects to promote community progress.

Business users can get some documentations:

Please contact us if there is any need to provide the engine, local SDK, cloud service, cross-platform graphical design tools, customized solutions demand and sustained response, cooperation and other services.

OCR technology to date has been relatively mature, and in some areas has been widely used, it is possible for a living convenience and breakthroughs. But on the other hand it is not better to imagine a lot of people, this technology also has its adaptation, in other broader areas, OCR is often used as an adjunct to a more efficient, while not absolutely reliable solution .

For these scenarios and fields, the recognition result is Schrodinger's cat box, before human intervention to confirm the state is superimposed, both correct and not correct. So if in the case of defined scenes can not be achieved, but need to be 100 percent accurate results through OCR recognition, then in philosophy and logic is primarily a problem.

If you have more comments, suggestions or ideas, please contact me.